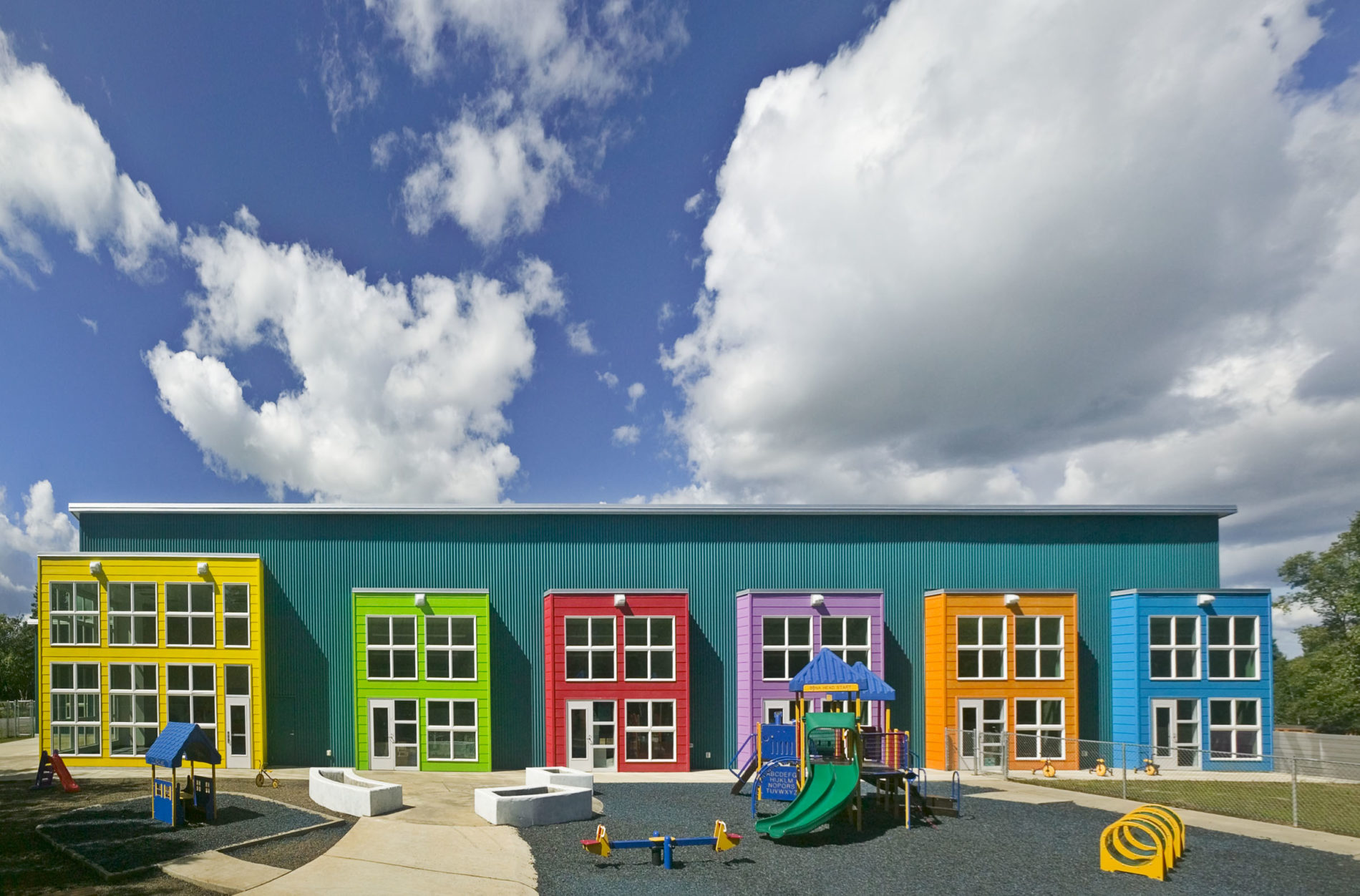 The award-winning Valerie A. Larson Family Resource Center in Dillingham, Alaska is a project that Thane is especially proud to have been a part of. It couples several of the characteristics of projects that Thane finds professionally and personally meaningful; a driving social need and or service, focus on the users of the facility, and a need/desire to make the building work well on its site.

It should be noted that before the building could be constructed the building’s namesake, Valerie A. Larson, and seven village elders from the region died in a tragic plane crash. Without Valerie’s vision and perseverance, this facility would have never been. It is Thane’s sincere hope and wish that the children passing through the facility benefit in such a manner that they can go on to contribute back to the community in a manner befitting Valerie.

When Thane first visited Dillingham the services now housed in the Family Resource Center were largely housed in an old church. During break up (the spring thaw in Alaska) or freeze-thaw cycles the basement, where all the offices were located, would flood. A new facility that would create an accessible, efficient, and welcoming center for services was desperately needed.

The colors of the building were inspired by the local colors dispersed around the fishing village of Dillingham. Combining them in vivid and repetitive forms was an intentional nod to the central role the children play in the facility. It also serves as a bit of whimsy to counter the wintertime monochromatic skies and landscapes of Alaska. The lighting and color of the building create a break of that monotony, establishing a playful and welcoming respite.

Working closely with the client, a scheme was developed that paid attention first and foremost to the primary occupants of the building, the children enrolled in Head Start and in Early Head Start. The design of the building, at one time envisioned as a row of fishing boats along a dock, evolved into a single row or classrooms each associated with a specific color inside and outside. The classrooms each have a large area of glass to take advantage of the scarce winter daylight of Alaska. Adjacent to the windows on the inside is an elevated ceiling to encourage more active learning. Further inside each classroom, the ceiling drops to a lower elevation for more intimate and subdued learning activities.

The siting of the building was developed very specifically to provide a private play area for the children away from the parking lot and to avoid the large snow drifts at the main entrances to the building. Snow drifts have been known to drift to the eaves at adjacent buildings and completely block access to and from the buildings. The Resource Center is located diagonally on the site, roughly parallel with the dominant wind direction, to allow the wind to keep the main entry and classroom entries free from drifts.

This project was delivered on time and on budget for the client. Significant challenges had to be met during design and construction, such as the aforementioned loss of Valerie. The remote location of the project required adjustments to trusses to ensure they could be barged in. Likewise, the original gable roof configuration was modified to a shed roof to prevent the severe snow drift loading from forcing a change in construction type from wood to steel which in turn would have made local hire provisions of the project very hard to achieve. A modified Construction Manager at Risk delivery method was used for project delivery, a partnership that proved essential in solving the above issues.

After the building had been occupied for a short time, Thane received a gift from the acting director of the Center. It reflects why architecture, done well, matters and can make a difference in the quality of people’s lives. 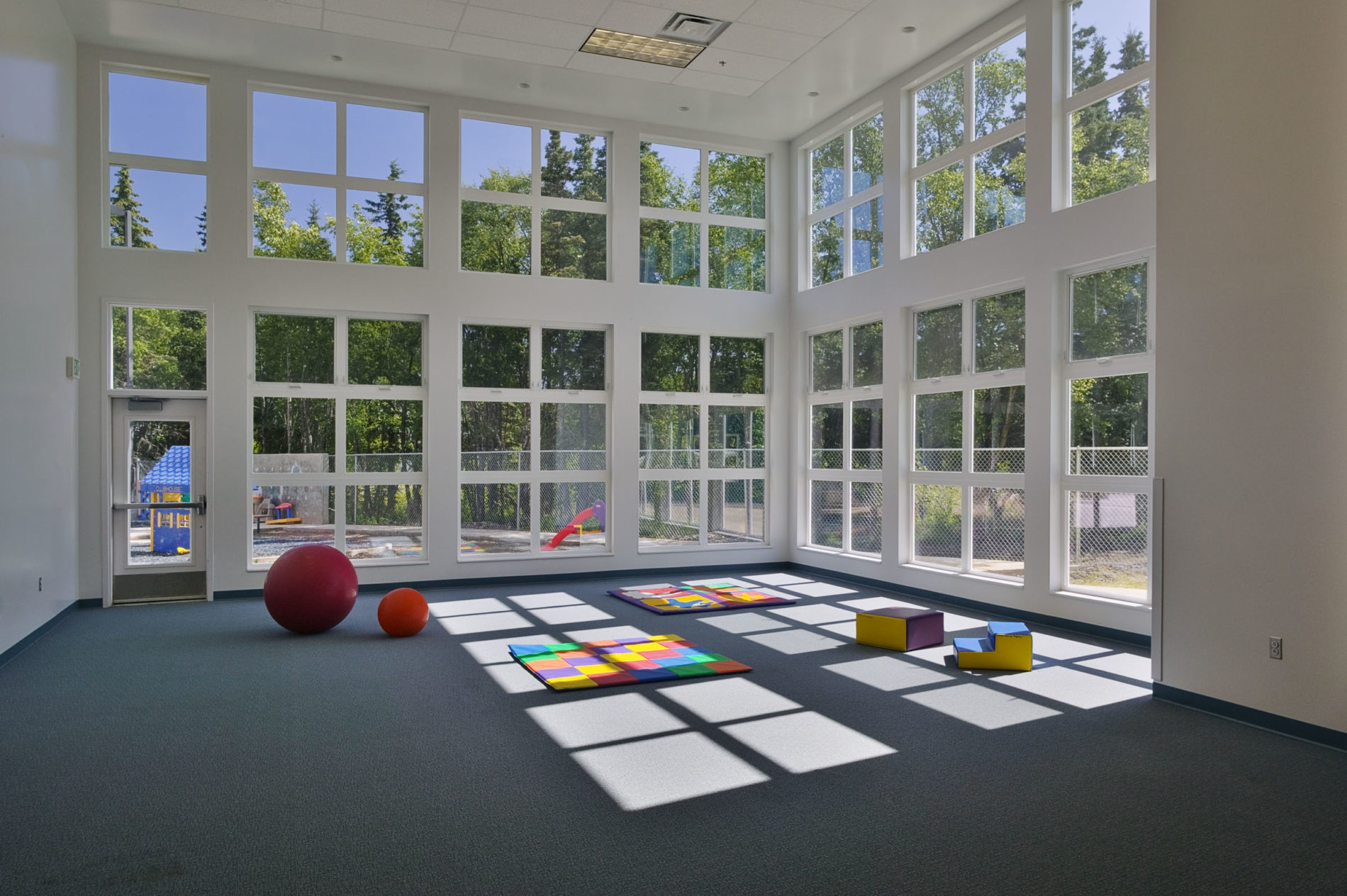 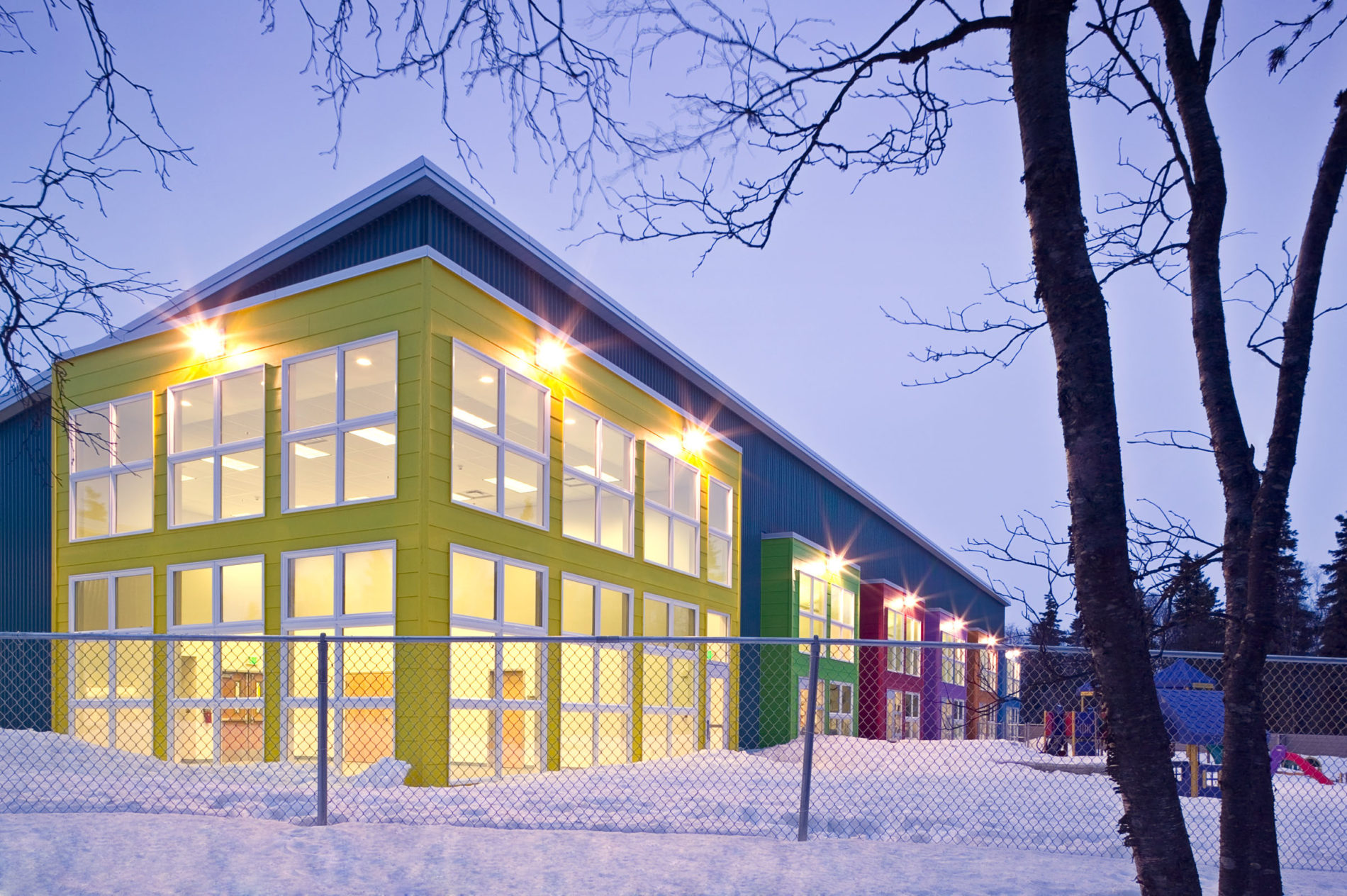 Know someone who could use our services? Please share!